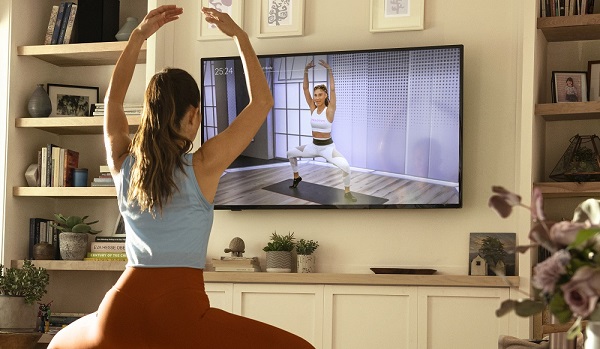 One analyst warned that Apple Fitness+ would put Peloton in peril. Can Peloton change course?

During the sleepy week between the end of Christmas and New Year’s Eve, when everyone is moving in slow motion and unsure of what day it is, Neil Cybart took to Twitter one morning to share a big picture topic for 2022: Peloton.

The founder and author of Above Avalon was clear, warning that Peloton was in a “precarious state.” To be fair, Cybart’s examinations of Peloton haven’t always been well-received — a fact that he accepts, recently noting that he’s received a lot of “heat” for his Peloton analysis over the years.

Nevertheless, Cybart got right to the point and presented Peloton’s harsh reality:

The analyst has been outspoken over what he says is Peloton’s “absurdly high customer acquisition costs,” and, as predicted, Peloton ended up in a scenario where costs and product pricing is too high.

And, perhaps Cybart’s most stark and steadfast assessment: “Nothing seems to be working.”

Cybart says that Peloton’s ambition of having a model like Apple has disintegrated, because Peloton simply can’t compete with Apple when it comes to pricing or platform strategy. He warns that without a major change in trends, “Peloton is on track to be a Fitbit 2.0 – a company unable to compete with the giants subsidizing health and fitness tracking as an ecosystem feature.”

Could Apple benefit from making a deal with Peloton?

With reports that Peloton execs sold nearly $500 million worth stock and paused production of its Bike and Tread, things for Peloton are quite gloomy, to say the least. The company even hired management consulting company McKinsey & Co., with talks of job cuts swirling, and employee morale at Peloton has been described as at an all-time low.

Peloton’s troubles have led some to wonder if now may be a good time for Apple to make a move.

Jason Aten, Inc. Tech writer, suggests that Apple should buy Peloton, arguing that it would help Apple’s ongoing fitness ambitions. Aten says John Foley, Peloton’s CEO and co-founder, should “get on the phone and call Apple CEO Tim Cook and make a deal.” Aten points out that Apple could easily afford Peloton and that Apple’s magic could do wonders for the struggling Peloton.  “There isn’t a better company on earth when it comes to forecasting customer demand and managing the supply chain than Apple. Cook is famously an operations guy, something Peloton desperately needs right now,” writes Aten. Most importantly, he suggests that Apple’s fitness ambitions could benefit from hardware other than the AppleWatch.

What should Peloton do?

Cybart reveals what he thinks could end the race for Peloton

In a recent note to subscribers, Cybart reiterates that Peloton is in a tough spot and says its near-term problems “revolve around finding the next marginal customer and right-sizing costs.”

Cybart advises that Peloton should consider reducing its brick-and-mortar footprint, cut marketing spend, eliminate some management layers, and “re-think the decision to own manufacturing facilities.” Cybart points to Precor, saying that Peloton’s Precor acquisition is “looking more awful by the day. If demand trouble lingers, dumping Precor needs to be on the table.”

Peloton, says Cybart, “is in a race to convince as many people as possible that it deserves a place in their daily routines.” He predicts that the company will be forced to lower its hardware and services pricing, pointing out that other tech giants are “successfully positioning fitness and health monitoring as an ecosystem perk that is either free or heavily subsidized. Apple Fitness+ is basically free when subscribed to as part of the Apple One bundle versus Peloton’s $13/month digital classes.”

Cybart believes that Peloton will expand into other verticals, like a rower or a strength-based product, like Tonal, but says that the desire for the Peloton brand may have fizzled. “Each new initiative will probably be met with less and less market enthusiasm as interest and buzz become diffused,” Cybart wrote in his note.

And that lack of buzz may be the final blow for a fitness brand that was once at the top of its game.

“If the Peloton brand loses its high-end coolness, arguably the most valuable and important item that the company still has going for itself, the race will likely be over with Peloton unable to catch those with more formidable ecosystems,” says Cybart.