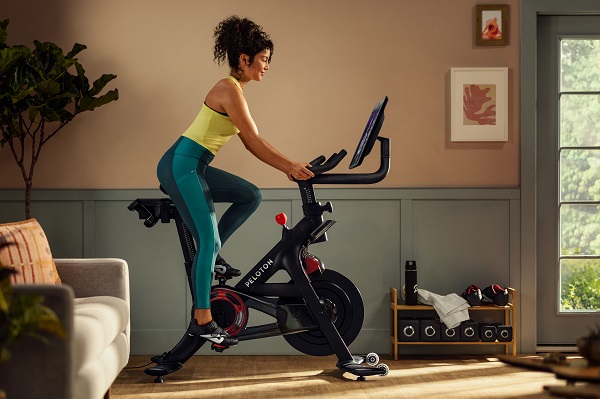 Peloton has had a roller coaster of a year, both on Wall Street and in the public eye. In 2020, the at-home fitness company saw a 172% increase in sales during the pandemic, and more than a million members signed up for streaming classes. This year, Peloton has faced numerous challenges and declining sales, but the good thing is December is ending.

As 2021 quickly comes to a close, Athletech News has compiled a list of some of the most memorable moments from Peloton’s volatile month.

Peloton Invites You to the Boxing Ring

It was buried this month among all the other headlines, but Peloton finally added boxing to its lineup of workouts. The company made the announcement on December 7th that Peloton members could start boxing from their Peloton App, Bike, or Tread touchscreens. Boxing was the most requested discipline by Peloton members, and the news was met with jubilation on social media. According to Peloton, the company’s new boxing program is just the beginning.

While Peloton invited members to the boxing ring, it didn’t invite all of its employees to celebrate the long year.

Peloton’s CEO, John Foley, recently hosted a lavish holiday party at the swanky Plaza Hotel in NYC this month. The party, which took place on December 8th, was filled with Peloton instructors who posted pictures of the party on social media.

The gesture would have been fine, except Peloton had recently canceled its company-wide annual party citing Covid and budgeting concerns.

In an email sent to Peloton employees after the party, CEO Foley maintained that the soiree was intended for his vaccinated family and friends to celebrate “all NYC has been through over the past two years.” Foley went on to say that the party was not officially affiliated with Peloton.

And Just Like That… kills Mr. Big & Shares of PTON

Shares of Peloton fell the day after the Sex & the City reboot (And Just Like That…) killed off Mr. Big after he took a ride on his Peloton bike.

The episode, which aired December 9th, came as a surprise to the fitness company. Peloton maintained that it allowed HBO to feature its bike in the episode, but wasn’t privy to the plot.

Peloton then does damage control, releasing a statement via its in-house cardiologist, stating cycling is good for the heart and gently criticizes Mr. Big’s unhealthy lifestyle.

Within 48 hours of the infamous And Just Like That… episode, Peloton releases a cheeky ad with the help of Ryan Reynold’s company, Maximum Effort.

The spot drops on Peloton’s social media pages on Sunday, December 12th, bringing Mr. Big back to life — and becomes a PR move for the ages.

Steven Kurutz writes that Peloton “may soon become the modern equivalent of the 1990s NordicTrack: a high-priced piece of exercise equipment that becomes a glorified clothing rack, cluttering up a home until it is sold or dispatched to the curb. Signs of its cultural downfall are hard to ignore.”

DigiTimes reports on December 15th that Peloton has turned “conservative” when it comes to new product developments for 2022, indicating that this move could negatively impact suppliers.

In response, shares of Peloton fell nearly 5% in premarket trading until a spokesperson for the fitness company denied the report and said Peloton will innovate its product lines in the upcoming year.

Foley also took to Twitter to confirm the company’s plans for 2022: “I’m so proud of what our @onepeloton team has accomplished this year. We’ve never been more excited about our product pipeline and look forward to what’s to come in 2022 as we continue to innovate to help our Members lead healthier lives,” Foley tweeted.

A recent report from Pelo Buddy on December 15th says that sources revealed to them that Peloton changed the pay structure of showroom employees, causing a large pay cut, ranging from 30-60%.

“For many employees, it’s not simply the pay cut that is impacting them, but the timing of it. As one can imagine, Black Friday, Christmas, and New Year’s are one of the most popular times to buy fitness products – so these cuts in commission are right when many employees would be making the majority of their sales for the year. Several employees report that they typically might expect to make more than 50% of their annual income in this 3 month period – which will now be a much smaller dollar amount due to the cut in commissions. Management has reportedly projected that employees might make up some of the difference through sales of apparel & warranties. However, if demand is softening and sales are dropping, that is less products to sell warranties to,” Pelo Buddy reports.

After allegations surfaced regarding Chris Noth on December 16th by The Hollywood Reporter, Peloton quickly pulled the ad featuring Mr. Big, scrubbing all social media pages of any memory of the And Just Like That… star.

While Noth adamantly denies the allegations, Peloton released the following statement to Variety. “Every single sexual assault accusation must be taken seriously. We were unaware of these allegations when we featured Chris Noth in our response to HBO’s reboot. As we seek to learn more, we have stopped promoting this video and archived related social posts.”

A place to hang a hat

Even after a rather challenging year, Foley became the owner of an ocean-front estate, setting him back $55 Million. Foley will be in the company of neighbors like Jerry Seinfeld and Lorne Michaels. With two weeks left in December, there are plenty of other opportunities for Peloton to grab headlines. Most importantly: will we finally see a rowing machine in 2022?