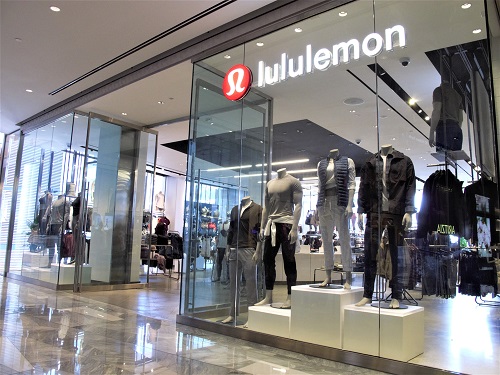 Lululemon came out swinging this Monday, making good on its threat of filing a patent lawsuit against Peloton. The lawsuit, filed in the Central District of California, alleges that the interactive fitness company has infringed on its intellectual property rights regarding apparel designs. The move comes after Lululemon sent Peloton a cease-and-desist letter this month.

Lululemon alleges that Peloton has infringed on six of its patented designs, stating that the company didn’t make an effort to create an original product line.

“Instead, Peloton imitated several of Lululemon’s innovative designs and sold knock-offs of Lululemon’s products, claiming them as its own,” Lululemon claims in the lawsuit.

The battle of legging and sports bra designs has slowly been heating up. At one time, Peloton and Lululemon enjoyed a mutually beneficial relationship. The cycling giant started selling apparel in 2014 and partnered with Lululemon, Nike, and Adidas, until this fall, when it announced that it would pivot to a private label. The business break-up was reportedly amicable, and Peloton hoped to add another facet to its business while capitalizing on the rise in sportswear due to the pandemic. Additionally, with declining equipment sales, Peloton was banking on apparel to help give business a boost. Even Beyoncé got on board with Peloton’s apparel goals, announcing her own capsule collection this fall.

As Peloton’s private label hit the market, Lululemon watched from afar like an enemy in moisture-wicking camouflage. The athleisure company sent out a cease-and-desist this month to its competitor, citing patent infringements. In the letter, Lululemon listed numerous Peloton products, including leggings and a high-neck bra, stating that they are “likely to confuse the relevant public and severely damage Lululemon’s hard-earned reputation, goodwill, and its iconic brand.” Lululemon warned that they would soon take legal action if Peloton didn’t stop selling the listed apparel items.

Peloton, however, didn’t stop – instead, they found Lululemon’s threats to be lacking merit, stating that the designs can easily be distinguished between the two competitors. Lululemon alleges that its competitor requested time to respond upon receiving the cease-and-desist, but that it was a delay tactic for its next move: a preemptive attack. Peloton’s strategy in its brewing war with LuluLemon included filing a suit in a Manhattan federal court last week, requesting that the court declare it hasn’t infringed on any patents.

Peloton has been striving to turn around its stormy year of declining sales, accusations of pay disparity, and a gloomy internal atmosphere with a hiring freeze. The fitness company had some bright spots with the announcement of Peloton Guide, its first connected strength device, and it recently increased cash flow after selling shares, but it’s apparent that the year isn’t closing out as Peloton hoped. The company has also moved to sue iFit and Echelon this month, alleging that its competitors have profited from its technology.