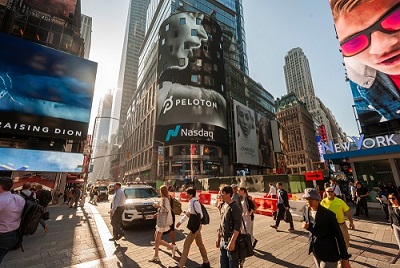 Will a hiring freeze & a stock offering help the fitness giant?

Shares of Peloton (NYSE: PTON) received a boost this Tuesday after the popular fitness company announced that it will sell $1 billion worth of shares. The news comes as a surprise after Peloton recently said it didn’t have any future plans to raise capital. Upon the announcement, Peloton stock surged 11.8%.

The sale of Peloton’s Class A common shares will net the company approximately $1.07 billion, and will increase cash flow to compensate for its recent troubles. According to a press release, Peloton will use the proceeds for working capital, construction or expansion of facilities, and investments and acquisitions of other companies, products, or technologies.

The fitness company has had a wild ride as of late. Peloton was recently accused of pay disparity based on race from current and former employees. The four Peloton accusers spoke to Insider under the condition of anonymity and provided communication materials, like Slack conversations among employees and internal documents.

Earlier this month, Peloton shares fell 25% after the company revealed declining sales and a higher-than-expected loss in its first quarter. Demand uncertainty and supply chain issues were cited as reasons for the loss. Despite making changes to address ongoing issues, some investors are concerned about the lack of growth. Peloton just announced that it had enacted an immediate hiring freeze across all departments.

CNBC’s Jim Cramer has been a vocal critic of Peloton, telling listeners that people are ready to go back to the gym instead of purchasing at-home equipment. Cramer also pointed to the top of Peloton, saying, “Worst of all, management seems uniquely clueless about these problems, talking about all sorts of levers they can pull to keep things under control. But I don’t want control, I want growth. That is now something that Peloton lacks, which is why I’d be a seller on the next bounce if you haven’t sold it already.”

The company committed to offering some upcoming products at a more inclusive price point and recently introduced Peloton Guide, its first connected strength device. Peloton Guide, an AI-enabled device that connects to a user’s TV, offers access to a vast fitness content library featuring its world-class instructors. The new product by Peloton will be available in early 2022, and for a $495 bundle, the Peloton Guide will include a Peloton Heart Rate Band compatible with the Peloton Bike and Tread.

Goldman Sachs and J.P. Morgan will lead the sale. The 23.9 million Peloton shares will be priced at $46 each and the stock offering is expected to close this Thursday.