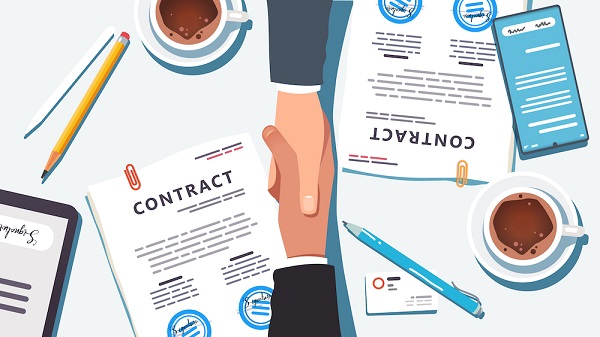 Peloton Wrapping Up a Wild December

Despite the pandemic, the fitness world continued to move along with shocking mergers, acquisitions, and investments. Here are Athletech News’s biggest fitness deals that caught our attention in 2021.

A number of the fitness world’s biggest brand names made shrewd business moves this year as the pandemic continued to take hold of the world. It’s yet to be seen just how much these fitness deals will pay off in the future, but for now let’s take a look at the ones that noticeably shifted the health and wellness landscape in 2021.

First up, a slew of acquisitions took place this year and one of them is very recent. In December, Nike acquired digital fashion company RTFKT Studios for what appears to be a step in the sneaker brand’s move towards the virtual marketplace. Within the year, RTFKT, founded in 2020, secured $8 million in funds. NIKE Inc. President and CEO John Donahoe stated that the deal “is another step that accelerates Nike’s digital transformation and allows us to serve athletes and creators at the intersection of sport, creativity, gaming and culture.”

Another well-known brand, Coca Cola, acquired sports performance drink line BODYARMOR for $5.6 billion. BODYARMOR co-creator Mike Repole credited late NBA legend Kobe Bryant for the company’s success in a press release. “If it wasn’t for Kobe Bryant’s vision and belief, Bodyarmor would not have been able to achieve the success we had,” he said. It was reported that the deal between Coca Cola and BODYARMOR garnered $400 for the Bryant estate. According to CBS News, Bryant invested in BODYARMOR in 2014.

At the top of the year, Google acquired Fitbit for $2.1 billion and fitness boxing brand BoxUnion acquired TITLE Boxing Club fitness studio. Other honorable mentions for 2021 also include WHOOP’s acquisition of Push and WellBiz’s acquisition of Drybar. Let’s also not forget the handful of other head-turning fitness deals of 2021 such as Meta (formerly known as Facebook) jumping into the VR world to acquire Within, MindBody’s purchase of ClassPass, Hyperice’s move to acquire Core, and Xponential Fitness adding Rumble to it’s jam-packed business portfolio.

Peloton certainly had quite the year, as the brand seemed to consistently make headlines on a monthly basis due to business matters and controversy. In November reports emerged that the company planned to sell $1 billion of its shares. This turned out to be a silver lining for what has been a tumultuous year for Peloton as its stock rose to 11.8 percent after the surprise business move. Footwear giant Adidas also made a bombshell announcement in its decision to sell Reebok fifteen years after acquiring the sneaker brand in hopes to focus on its own. “Reebok and Adidas will be able to significantly better realize their growth potential independently of each other,” said CEO Kasper Rorsted via CNN.

When it comes to investments, the fitness world was rife with them in 2021. Celebrity investments in particular were especially newsworthy, such as LeBron James’ investment in Tonal. The NBA player also became a brand partner in the smart at-home gym he called “second to none” in strength training. Ryan Seacrest was another household name to put his money and star power into health and wellness. The TV host and radio personality joined forces with CLMBR as an investor, alongside the likes of Jay-Z and Pitbull. Hydrow also attracted celebrity investors like Justin Timberlake, Lizzo, and Kevin Hart, who was appointed as the brand’s Creative Director.

Some considerable mergers also took place this year. Beachbody, Myx Fitness and Forest Road Acquisition Corp. all partnered up in a three-way agreement worth $2.9 billion. Beachbody was listed as the designated parent company in this deal.  In addition, Peloton teamed up with Adidas in March for an exciting “ongoing international partnership” first marked with their adidas x Peloton SS21 collection and on-demand classes.

The amount of money raised and invested in 2021 between health, wellness and fitness brands was vast. For instance, Echelon gained $65 million in investment monies from Goldman Sachs Growth, while Tempo secured an impressive $220 million. Over the summer, at-home boxing and kickboxing brand FightCamp received $90 million in funds from venture capitalists and celebrity backers (Mike Tyson and Floyd Mayweather were among the crew of investors). By the year’s end, fitness and travel mobile app AllTrails obtained a $150 million investment from global private equity firm Permira. Touted as the best strength training app by Women’s Health in 2021, Ladder received $6.5 million in seed funding.

The topic of IPOs also grew hot as more companies collected investment money throughout the year. Months after it was reported that Impossible Foods was in talks to go public, the plant-based meat substitute company secured $500 million in November. It was also rumored in October that Equinox planned to go public in tandem with a potential Ares Acquisition Corporation merger. Meanwhile, coconut water leader Vita Coco actually took to Wall Street with an IPO and proceeded to raise $37.5 million.

But perhaps putting all of the IPO talk to shame was Tonal as it reached unicorn status, on its way to IPO repute, after raising $250 million, achieving $450 million in total investment monies, and $1.6 billion in valuation by March.