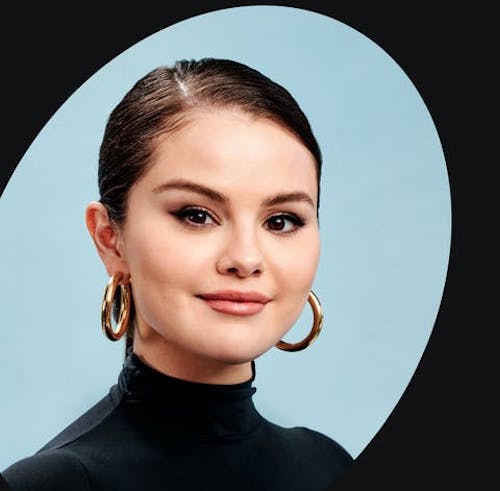 ’Tis the Season for Lawsuits: Peloton vs Lululemon

Selena Gomez, singer, actress, and producer, has announced an upcoming mental health platform. WonderMind, which is slated to launch in February of 2022, will be a cozy spot to work through mental fitness issues and have meaningful conversations.

WonderMind was founded by Gomez, her mother, Mandy Teefey, and Newsette co-founder Daniella Pierson, as the trio aim to destigmatize mental health. Experts and advocates have long held the position that destigmatizing mental health leads more people to get the treatment they need.

The need for WonderMind came from a shared experience. Last year, Pierson interviewed Gomez and her mother for her publication. The topic of mental health quickly led to the three women opening up about their individual struggles. Pierson divulged that she was diagnosed with OCD in her senior year of college, something she had never publicly revealed, and Teefey shared that she suffered from anxiety and ADHD. The three women quickly bonded over the shared experiences surrounding mental health.

Gomez recalled the memory and told Entrepreneur, “It’s one of the moments I felt closest to my mom — us coming together to talk about something we each have experienced in our own manner. It was wonderful. And then to be understood by Daniella was even better.”

The conversation led to the idea to launch the mental health media platform. Gomez is well-known for her transparency regarding mental health. The pop singer has been forthcoming about her struggles with anxiety and depression and has spent time in treatment. In 2020, she shared that she was diagnosed with bipolar disorder.

The website welcomes visitors with a warm message that reads, “We’ve each had our own mental health struggles, and we realized there was no inclusive, fun, and easy place where people could come together to explore, discuss, and navigate their feelings. So we created it. Welcome to Wondermind.”

The site suggests that the daily practice of self-care is essential to ongoing mental wellness and that the three pillars are practice, tools, and conversations.

During the height of the pandemic, Gomez saw an opportunity to push mental health discussions into the spotlight, as it was a lonely time for many. She encouraged others to take their emotional temperatures. Gomez revealed that she struggled with isolation, saying in an Instagram Live, “In the beginning, I couldn’t deal with it that well. But then I started going into a place where I was writing and being active. It forced me to have that time. I’ve been able to spend time with those quality people a lot more than I ever have, and I’m spending a lot more time with my family.”

The mental health platform will feature podcasts, interviews, newsletters, articles, and resources. Other content will include guests like mental health professionals and celebrities. Instead of having a clinical vibe, WonderMind will be relaxed and has plans to develop into books, TV, and movies.

Teefey and Gomez had helped produce Netflix’s controversial teen drama “Thirteen Reasons Why.” Based on Jay Asher’s 2007 novel, the show dealt with suicide and sexual assault and was criticized by many, who felt that the dark content was too heavy for young audiences. Gomez defended the series, saying that the show depicted the painful reality of many young people suffering in silence.

Many have started opening up about mental struggles, especially after a grueling year filled with uncertainty and anxiety. This fall, Olympian Simone Biles announced she’d be partnering with Cerebral, a mental health app, after revealing her own issues. Biles was experiencing “The Twisties,” a psychological condition that gymnasts experience. The condition led to her decision to withdraw from the team final in the recent Olympics. Fellow Olympian Tom Daley also revealed this year that he struggled with an eating disorder. The diving champ shared that he would make himself vomit and had issues with body image and anxiety.

“Mental health is something that is very close to my heart. It is so important to have places where people can come together and understand that they’re not alone in their mental fitness journey. That’s why I’ve joined forces with @mandyteefey and @daniella_pierson to bring you @officialwondermind – Launching in 2022,” Gomez shared on Instagram.