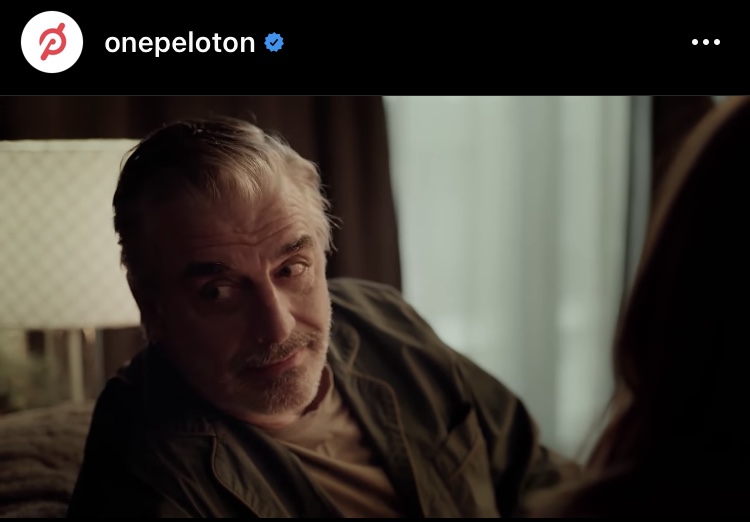 P.volve Looks for Franchise Partners as it Rapidly Expands

What a year for Peloton, right? Supply chain issues, allegations of pay inequity, battles with Lululemon, lawsuits against iFIT and Echelon, and now being tied to a main character’s death on HBO’s …And Just Like That.

Peloton just responded to its latest drama in a new ad on social media with the help of Ryan Reynold’s marketing company, Maximum Effort. Peloton’s humorous comeback within 48 hours is a public relations gem — one that shows the fitness company can take things in stride. Most of all, it proves that Peloton can (and will) endure any bumps in the road and continue to cycle on. MNTN, the parent company of Maximum Effort, helped accelerate the ad’s production. Peloton is part of Creative-as-a-Subscription service from MNTN.

“To new beginnings,” Mr. Big (played by Chris Noth) says at the opening of Peloton’s new ad on Instagram. Mr. Big is seen lounging in front of a crackling fire in a living room adorned with a Christmas tree. Forever a ladies’ man, he’s accompanied by Peloton’s Jess King. Mr. Big aside, the clip, which was just released this afternoon, should bring the interactive fitness company back to life.

“You look great,” King tells him.

“Oh, I feel great…Shall we take another ride? Life is too short not to,” he says before giving a robust chuckle. The camera then pans to two Peloton bikes.

The spot then concludes with a rapid-fire reminder of the benefits of Peloton. “…And just like that, the world was reminded that regular cycling stimulates and improves your heart, lungs, and circulation, reducing your risk for cardiovascular disease. Cycling strengthens your heart muscles, lowers resting pulse, and reduces blood fat levels – he’s alive!” says Ryan Reynolds in the voiceover.

Shares of Peloton took a hit after the season premiere of ...And Just Like That, a Sex & the City reboot. By now, everyone is likely aware that one of its main characters, Mr. Big suffered from a heart attack after riding his Peloton. The scene shocked fans, but besides Mr. Big’s unfortunate fate, Peloton found itself in the middle of another crisis.

The morning after the episode aired, shares of Peloton dived 6%, a blow that the company surely didn’t need. The company has reportedly been “gloomy” lately, enacting an immediate hiring freeze in response to recent troubles. Peloton has admittedly had a challenging year with some high points that hint towards a positive turnaround, including a recent launch of Peloton Boxing. Boxing, Peloton says, has been highly anticipated by its community. Upon hearing the news, Pelotoners took to social media, cheering the new addition.

In response to the …And Just Like That episode, Peloton had its in-house cardiologist release a statement to encourage viewers to examine Mr. Big’s gluttonous lifestyle as a reason for his untimely passing.

“I’m sure Sex and the City fans, like me, are saddened by the news that Mr. Big dies of a heart attack,” said cardiologist Dr. Suzanne Steinbaum, a member of Peloton’s health and wellness advisory group, in a statement released by the fitness company. “Mr. Big lived what many would call an extravagant lifestyle — including cocktails, cigars, and big steaks — and was at serious risk as he had a previous cardiac event in season 6. These lifestyle choices and perhaps even his family history, which often is a significant factor, were the likely cause of his death. Riding his Peloton Bike may have even helped delay his cardiac event.”

Peloton had given HBO the green light to incorporate its fitness bike and signed off on the series to feature its cycling instructor, Jess King. However, the fitness company wasn’t aware of the storyline or the role its fitness bike would play in the death of a main character. “Due to confidentiality reasons, HBO did not disclose the larger context surrounding the scene to Peloton in advance,” a spokesperson, Denise Kelly, told BuzzFeed News.

In the second episode of the new series, Miranda (played by Cynthia Nixon) mentions that Mr. Big was an avid rider of Peloton. She muses that cardio is supposed to be good for the heart, which was HBO’s possible attempt to do preemptive (and rather weak) damage control for the fitness company.

Peloton is closing out the year with everyone discussing its brand, which is always a win. Will shares of PTON respond tomorrow?