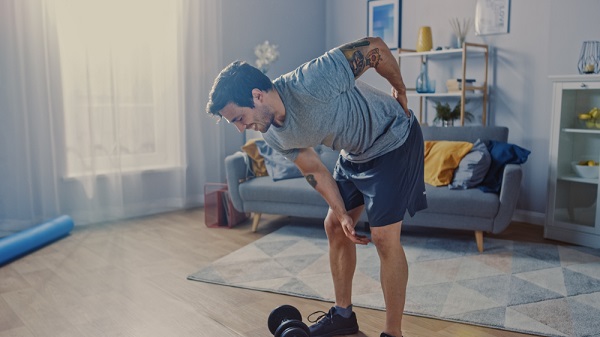 Personal trainers who have moved their businesses online because of covid-19 may be asking themselves: If someone hurts themselves in their living room while mirroring your exercise routine via an internet connection, who is liable? And what legal precautions should they take before uploading an instructional video of a workout that can — like most exercises — lead to an injury if done in the wrong way or by a person who shouldn’t be attempting it?

It’s a concern foisted on trainers and the fitness brands sponsoring them by the sudden mass exodus of their businesses into digital spaces. At most physical gyms and fitness studios, members and class attendees usually sign a waiver, when they join or attend their first class, that presents basic assumption of risk and protects the business and instructors from liabilities for injuries that occur during a workout (though no such waiver is ever airtight).

But how do you foster that understanding and gain that legal protection from an audience that you never meet (in the traditional sense of the word) and who may be downloading your prerecorded workout video with no interaction with you?

The best practice is for a business or trainer to have clients working with them online put their physical or digital signature on a waiver for online workouts as well, Shakera Thompson, a business and intellectual property attorney with experience in fitness at New York City-based TKA Law Firm, told Athletech News.

“I think many people thought it would be easier because [clients] were working out from their homes,” said Thompson. “Still though, I tend to err on the side of caution.”

It’s also a good idea to include some language in the video that states that a person shouldn’t continue with an exercise if it hurts or should consult with a physician before starting any exercise regimen. This can be done verbally by the instructor or as text at the start; as long it’s not separable from the content (as it might be if posted in a description).

“It doesn’t have to be long and legal and lengthy,” Thompson told us. “It can just say that you are working out at your own risk and don’t do anything that hurts.”

This is especially important for videos including an intense or heart-straining workout.

“A lot of my clients do HIIT [high-intensity interval training],” said Thompson. “I tell them to be especially careful.”

Tre Lovell, of the Los Angeles-based Lovell Firm, agrees that a disclaimer is important and to make it specific to the activity. “Know your audience,” he said while speaking with Athletech News on the issue.

He does not think there is much legal risk to an online instruction from a person who hurts themselves working from home, as long as the instructor isn’t being careless in insisting an intense or advanced workout is for everyone. If someone trips on a carpet or bangs their elbow into a table following a spandex-clad trainer on YouTube, it’s likely their own liability.

“Each person is responsible for their own actions,” Lovell explained to us. “If you get heat exhaustion or drop a weight on your toe, that’s your responsibility.”