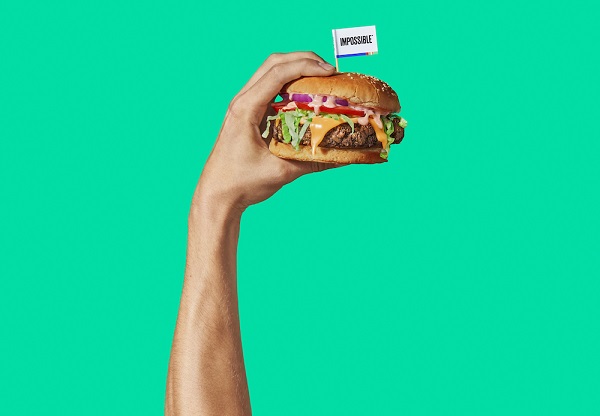 The plant-based meat alternative company, with investors like Jay-Z and Serena Williams, is now the fastest-growing of its kind.

Impossible Foods, the plant-based meat alternative company, announced that it has secured $500 million in its latest round of funding led by Mirae Asset Global Investments and other existing investors. Led by a tenacious CEO, the company is on a mission to end animals as a food source by 2035 and says it’s “game over” for the meat industry. Impossible Foods has raised nearly $2 billion since 2011 and has moved into international markets, and is reportedly in talks for IPO.

Impossible Foods provides a climate-friendly meat alternative, giving consumers the taste and nutrition of meat by researching animal products and selecting plants to match the nutritional qualities. The meat alternative company has investors like Jay-Z and Serena Williams and has become the fastest-growing company of its kind.

The California-based company will use the funding secured to expand its retail presence, product portfolio, technology, and grow in other global markets. Impossible Foods says that the funding will also help increase its supply chain and says that it’s still on a mission to address climate change due to animal agriculture.

“We’re fortunate to have great investors who believe in our long-term mission,” said Impossible Foods Chief Financial Officer David Borecky. “The latest round of funding allows us to further accelerate our product innovation and global expansion efforts as we continue to leverage the power of the food system to satisfy consumers and fight climate change.”

Climate change had been a concern of Patrick O. Brown, a Stanford biochemistry professor, who became increasingly alarmed at animal farming and felt it was creating a looming environmental threat. He arranged for other like-minded colleagues to raise awareness at a conference in 2010 in Washington, DC, but the case fell on somewhat deaf ears. The following year, the now-CEO of Impossible Foods decided to forge change by creating plant-based foods that would compete with traditional animal food products. In 2011, he launched the food tech startup with investors like Bill Gates and Google Ventures.

By 2016, the Impossible Burger was introduced, which the company proudly says uses less than 95% of land, nearly 75% less water, and 87% less greenhouse gas than meat from a cow. The Impossible Burger, which has more protein and less fat than a burger, landed a spot on Burger King’s menu as the “Impossible Whopper” starting in 2019.

“It is important to us to partner with true innovators like Impossible Foods’ CEO Pat Brown and support the entire Impossible Foods team as they work to solve one of the most critical challenges facing our planet — climate change,” Park said in a press release.

Impossible Foods has released many new products, including Impossible Sausage, Impossible Chicken Nuggets, and Impossible Pork, all made from plants. This month, the company added Impossible Meatballs to its lineup.

Even the pandemic led to a boom for meat alternative companies, as supply chains weren’t affected like meat plant closures, and consumers were becoming aware of the relationship between factory farming and infectious diseases. Consumers opting for meatless burgers over steak led to a 264% increase in US grocery stores.

VegNews reported that Brown was clear in his intentions in a conference earlier this year. “Our mission is to completely replace the use of animals as a food technology by 2035. We’re dead serious about it and we believe it’s doable. I was confident that we would succeed when I launched this company, and now I’m completely confident. It’s game over for the incumbent [meat] industry—they just don’t realize it yet.”

Brown’s pursuit may seem impossible, but he may be onto something. By 2030, the plant-based food market is slated to reach $162 billion, a major increase from its current value of under $30 billion. Impossible Foods could be valued $10 billion or more following its IPO.