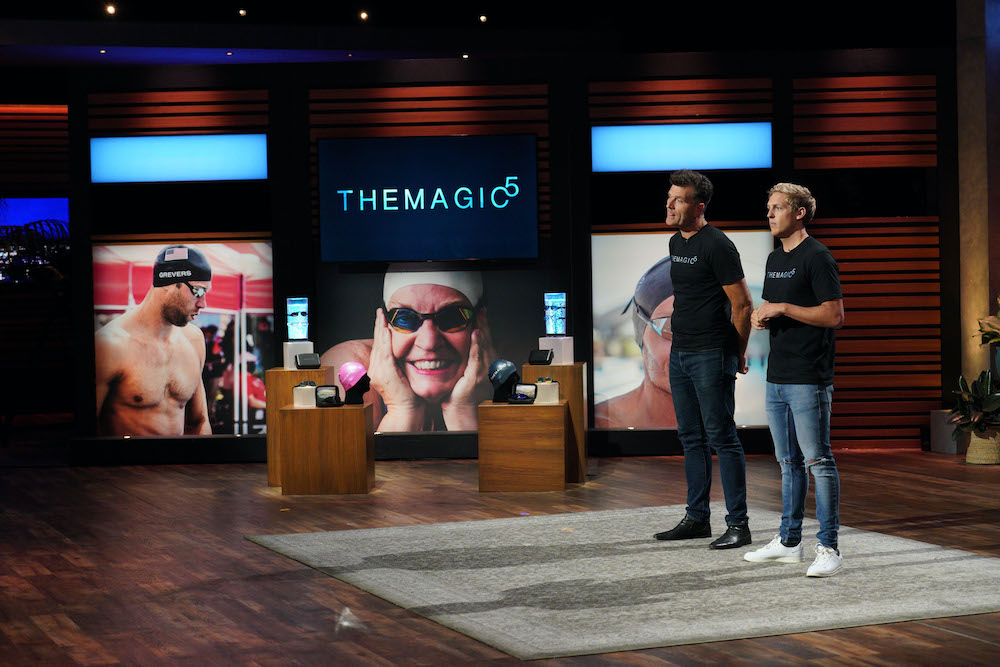 Exos Modernizes in Response to Pandemic

Thanks to their technologically-created swimming goggles, THEMAGIC5 landed a prime spot for negotiations on ABC’s popular investment reality series Shark Tank. Co-founder Rasmus Barfred talked to Athletech News to disclose information about the Shark Tank experience and where THEMAGIC5’s future.

It’s quite the assignment finding swimming goggles that won’t fall off one’s face while doing butterflies or backstrokes in the pool. But it looks like THEMAGIC5 has created the ideal set with the help of technology, according to the cast of Shark Tank.

Company founders Rasmus Barfred and Bo Haaber appeared on the popular ABC show the night of October 29 to pitch their custom fit swimming goggles in front of the esteemed panelists. Barfred told Athletech News in an exclusive interview that the Shark Tank experience was “super overwhelming, but in a good way.”

“[It was] a very intense experience, but it was such a good experience,” he added.

The entrepreneur also recalled how quickly the Sharks picked up on the THEMAGIC5 mission along with the positive attributes of their goggles.

“They saw right away that we’re a technology company that makes swimming goggles, and that’s a huge statement because of the underlying technology and we are able to produce them,” he said.

Their customized goggles are made with the help of optimal fitting technology in a three-step process. Customers can choose the goggles they wish to purchase online and then an email is sent with directions on how to use the face scanning app of THEMAGIC5. After the scanning process is verified for and sent for production, the goggles are made and sent in the mail.

Until now, THEMAGIC5 was just seen as a swimming goggle company that used a very interesting technique to customize their products. But, after appearing on Shark Tank, it became apparent to Mark Cuban, Lori Grenier and the rest of the judges that the potential for using technology in sportswear was vast.

Barfred revealed that all of the Sharks who sat in front of them offered a deal.

“We were asked to pull out and come back with a counter offer. Robert [Herjavec] kind of leaped forward and offered a million dollars for six and a half percent of the company. That was within our policy,” said Barfred.

Barfred and Haaber accepted the offer, but received another surprising offer from a different Shark Tank judge after the show.

“Mark Cuban approached Robert and suggested if they should split up the deal,” told Barfred. Cuban and Herjavec are potentially investing $1 million together for 6.5 percent equity in the company.

Prior to securing one of the biggest deals in Shark Tank history, Barfred and Haaber already had 55,000 customers. They also continue to have “really good product feedback.” The duo were confident in their ability to win over the Shark Tank panel, thanks to their proven optimal fitting technology, and are poised to take on other industries beyond the swimming goggles landscape.