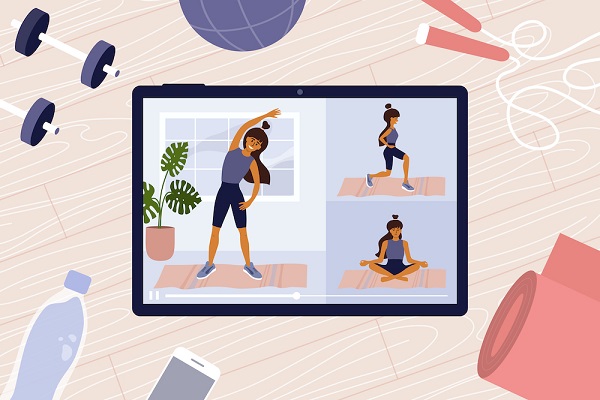 Equinox and Its Creditors Are Lawyering Up for a Possible Showdown

As studios and trainers move online to keep their clients engaged, the question of who owns the rights to these classes and videos are arising.  Is it the trainer, the business they’re producing this for, or the platform? Athletech News editor Nick Keppler seeks legal guidance.

The mass migration of fitness trainers online during the covid-19 pandemic has some of them creating content for the first time, and where there is content there are copyright concerns.

Among the questions on the minds of fitness trainers, like yoga teachers, cycling instructors, etc., as they stream for audiences at homes and upload clips online may be: Who owns this, me, the business I’m producing this for or the platform? What music can I use? Can I teach the techniques I did when working for a fitness brand like Orangetheory or SoulCycle? What rights to the content I produce do I have if I go solo?

Because of the evolving and chaotic nature of digital distribution, some areas have not been addressed by copyright laws, said Kendell Kelly, an attorney, and strategist specializing in the intellectual property in the sports and entertainment industries. “There are a lot of moving parts,” she said.

Who Owns Material That Is Uploaded Online?

Without any other agreement being made, the owner of digital media is the person who operates the camera, said Kelly. “It’s whoever pushes click.”

However, contractors — like fitness trainers who work for a larger company — usually work under pretenses and agreements. “The issue of copyright should be negotiated between the instructor and any employer who is contracting them to produce or appear in online videos”, said Kelly. Commonly, any work a contractor does for a company is trademarked by that company. Anyone working solo to build up an online audience keeps all the rights to their material.

Platforms, like YouTube and Facebook, don’t own the content users upload — the creator does — but host websites have some unique rights to your content. Hosting platforms can put ads in front of your work and use it in their own promotional campaigns.

“When you upload something to Facebook, you own it,” said Kelly. “But you have given Facebook the right to monetize your work.”

What Music Can I Use?

Fitness trainers hoping to move their workout playlist to their new online space might be disappointed. One has to go through a licensing process to use copyrighted music, even when streaming and even in an online video expected to gather only a few hundred views.

“A common misconception is that if you put up a disclaimer that you don’t own it, it’s allowed,” said Shannon Fable, owner of Sunshine Fitness Resources, a consulting firm for the fitness industry. That’s not true.

There are two kinds of music licenses that one might need, depending on how they transmit their video.

If you’re streaming your workouts, you need a public performance license. These are the licenses that sports venues pay to have a pitcher’s walk-up song ready when they take the mount or grocery store pays to have light ’70s and ’80s songs piped through the aisles. “It’s for temporary public usage. Streaming is considered the same as a public performance,” said Fable. “You’re basically playing [the song] for a public audience.”

You can acquire a public performance license from a few organizations commonly known by acronyms — ASCAP, BMI, SESAC, and GMR — which control various catalogs. They cost between $300 and $500 a year for a small business. Gyms and fitness studios are supposed to have a performance license, but smaller outfits and independent fitness trainers often ignore or are unaware of this rule and just bring their playlist.

If your workout video is uploaded and then put in a library for people to watch at their leisure, things get even most complicated and costly.

For that, you need a synch license, the kind that the producers of movies and TV shows use to incorporate preexisting songs. For a synch license, “you need everyone who is a copyright holder for that song to sign off on it,” said Fable.

Platforms and YouTube have bots that search for copyrighted music, said Fable, and they will take down videos from violators. Some online fitness trainers have found a workaround by instructing viewers to start the same Spotify playlist at the same time. “Don’t worry about seeming uncool”, said Fable. “In general, it looks more savvy than cheap.”

For a legal solution, there is royalty-free music, from pay-for-membership services like PremiumBeat and audiojungle.net, which have libraries of beats and instrumental riffs. “I don’t want to say it’s bad,” said Fable. “I would just say it’s not what people want.”

She hopes that the music industry creates a better option for fitness videos, as they become more plentiful.

“I think it would be good for them to not have little Janie Gilooley in Orange County making workout videos for 80 people have to get the same license The Sopranos did to use Journey in their finale,” said Fable. “Should people get paid for their work? Absolutely. But maybe there should be a sliding scale.”

Can I Do Exercises Associated With a Copyrighted Brand?

From SoulCycle to Orangetheory, to CrossFit, some companies have staked a brand on a certain kind of workout. But none of them own the workout.

“It is important to note that copyright will not protect ideas or concepts or methods for doing something,” wrote David Reischer, attorney and CEO of LegalAdvice.com in an email. “As such, there is no way to copyright the mere know-how of a physical training exercise. A person can only get copyright for an expression of an idea.”

Avoid branding your routine as an Orangetheory routine, even if you are teaching a high-intensity interval training similar to theirs. But you can teach a HITT routine exactly as instructors do at Orangetheory.

The legal precedent for this is the case of Bikram Yoga. Bikram Choudhury, the founder of the titular technique, attempted to copyright a sequence of 26 yoga poses and two breathing exercises and prevent a former student from teaching them without permission or royalties. Two courts ruled that he could not copyright a series of exercises (which was fortunate for the yoga studios that soon had good reason to scrape his name from their businesses.)

What Do I Retain if I Leave a Business?

Online workout videos are producing a few stars (by internet standards), some of whom will no doubt consider leaving the umbrella of an Apple Fitness or Peloton to start a solo venture. One popular Peloton instructor, Jennifer Jacobs, has already done this.

Those trying to retain the videos that made them successful may be as luckless as Paul McCartney trying to wrestle ownership of The Beatles’ catalog.