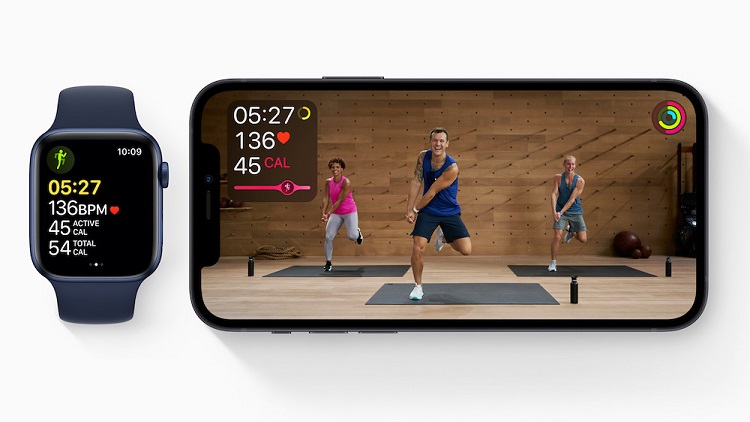 Apple Fitness+ is poised to be a direct competitor to Fitbit Premium and Peloton offerings. But can it truly knock out that hefty competition in the digital fitness space?

Apple Fitness+ arrives September 27, but an onslaught of critics are already questioning if the digital fitness service can drive Fitbit Premium and Peloton subscribers to their side of the exercise landscape.

One feature that could very well do just that is a new program called “Workouts to Get Ready for Snow Season” designed by two-time Olympic gold medalist Ted Ligety and Fitness+ trainer Anja Garcia. In addition, guided meditation videos, Pilates workouts and special workout playlists will be made available. And if that isn’t enough, Group Workouts will be made accessible through SharePlay later this Fall. Up to 32 people at once will be able to take part.

“We are excited to be introducing new workouts that bring Fitness+ users more options to stay active and motivated, plus immersive guided Meditation experiences that are approachable for all and easy to fit into your day,” declared Apple Fitness Technologies Senior Director Jay Blahnik. “With new ways to work out together or alone – and coming to more countries later this year – we can’t wait to welcome even more people to experience Fitness+.”

TechRadar observes that the Pilates workout sessions found in Apple Fitness+ is a key component that Fitbit Premium users can’t access. Mindfulness classes, with the help of New Age guru Deepak Chopra, are a part of Fitbit’s repertoire. Still, Fitbit notes that Apple’s name alone could attract big name celebrities from the spiritual world, much less from the overall health, fitness and wellness terrains.

The attractive options provided by Apple Fitness+ are already being touted as the “slickest online fitness service there is.” But, according to T3 magazine, it could be an even bigger threat with a complementary exercise bike, or to just outright buy the Peloton brand itself.

“Peloton also does some a bike and a treadmill – perhaps you’ve heard of them? – which takes the game to a whole other level. Why doesn’t Apple do that,” writes T3 journalist Duncan Bell.

Apple Fitness+ is coming at a time where Peloton’s brand name is tied to a number of controversies, including the ongoing safety concerns behind the Peloton Tread. As previously reported by Athletech News, the exercise treadmill was offered at the massively discounted price of $2,495 in late August. New software and hardware safety features were also added to the Peloton Tread. All of these changes followed a recall of Tread and Tread Plus machines in May. Around 125,000 Tread Plus products were recalled after the death of a child sparked questions regarding the safety of the treadmill.

The Wall Street Journal also published an article in early September to shed light on what appears to be the purported downfall of Peloton, from being a hot commodity in the eyes of investors to an alleged nightmare.

“Peloton is a different company then the one investors bought two years ago in its public offering, and not necessarily a better one,” writes Wall Street Journal’s Laura Forman.