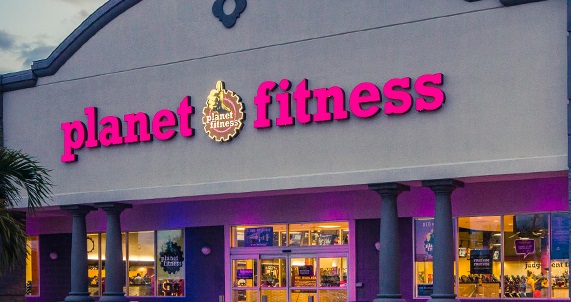 Planet Fitness has reported impressive third-quarter financial results, with total revenue increasing from the prior year period by 58.4% to $244.4 million. The fitness franchisor, founded in 1992 in Dover, New Hampshire, ended the quarter with over 16.6 million members, a record high for Planet Fitness.

As of September 30, the popular fitness franchise reported more than 16.6 million members and 2,353 stores in 50 states, the District of Columbia, Puerto Rico, Canada, Panama, Mexico, and Australia.

Chris Rondeau, Planet Fitness CEO, said 29 new locations were added during Q3 as the fitness franchisor continued its “steady recovery” in a post-pandemic environment. The fitness franchisor fared well during the pandemic, with no permanent closures, whereas many other health and fitness facilities were forced to close.

Rondeau reported on a recent earnings call that Planet Fitness members visited more frequently, with cancellations lower than in 2019, indicating that members are more committed than before.

“We’re excited about the potential long-term opportunity we have with Gen Z, as evidenced by the 3.5 million teens who signed up for the High School Summer Pass program. Teens logged 17 million workouts,” Rondeau said.

Through a targeted acquisition strategy via email and text, Planet Fitness was able to drive member growth in the quarter with nearly 300,000 teens and parents or guardians joining Planet Fitness.

The rise of Gen Z as Planet Fitness’s second largest member base is leading the fitness franchisor to examine what equipment the younger population is using and may lead to a retooling inside its facilities. Rondeau noted that pre-COVID, Gen Z was the smallest segment of the member base, but has since grown substantially over the last three years, and seems to be interested in functional training.

Planet Fitness will also help ring in the new year as the presenting sponsor for the Times Square New Year’s Eve celebration for the eighth year in a row. The festivities will kick off Planet Fitness’s national brand campaign in January, when the brand will reinforce the benefits of a healthy lifestyle via exercise, mental wellness, and stress management.

The fitness franchisor recently announced a Black Card promotion where members will receive a free Halo View, Amazon’s fitness and health wearable tracker. Planet Fitness says it will continue to look for opportunities to work with other well–known brands that complement the fitness industry.