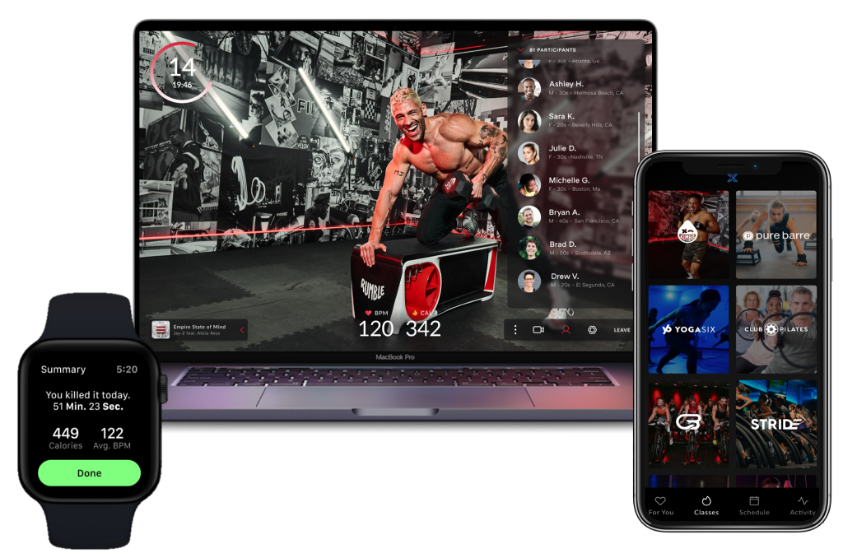 goop is Setting Sail in the Cruise Ship Business This Year

Xponential Fitness has introduced a new digital platform, Xponential+, which provides live and on-demand workouts from studios around the world. The app debut will replace GO and offer a one-stop shop for all of XPOF brands in one app.

The new debut comes after Anthony Geisler, CEO of the global franchisor of boutique fitness brands, declared 2021 a “milestone year,” reporting a 78 percent increase in revenue.

On last month’s earnings call, where Xponential celebrated its fourth quarter and full year 2021 financial results, Geisler spoke of the new app and said that managing the health of Xponential’s franchise system is critical to the company’s long-term success.

“Unlike many consumer-facing fitness apps that generalize across various fitness formats, XPLUS brings together each of the category-leading experts across a breadth of modalities, in one single app,” says Garrett Marshall, President of Fitness Streaming for Xponential Fitness.

The XPLUS app is now available for $29.99 a month and allows subscribers to enjoy workouts like Pilates, barre, cycling, yoga, rowing, dance, running, and boxing. XPLUS also allows members to scope out nearby Xponential Fitness studios and either request a complimentary class or receive booking info.

Xpotential Fitness says that BFT, its latest brand, will be added to its content library later this year. XPOF acquired the Australian functional fitness franchise in 2021 for $44 million.

“Consolidating all of our brands’ digital offerings into one app will provide our customers with unprecedented optionality and a way to cross-train with the leaders in their favorite fitness formats,” says Marshall.