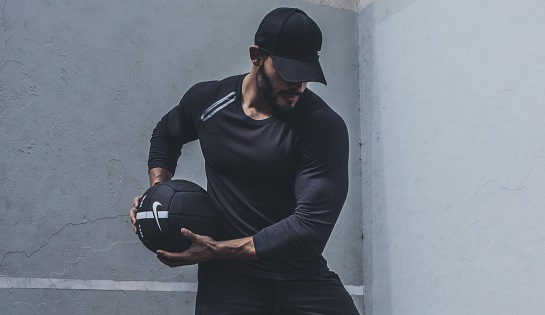 Britney Spears has finally wed actor and personal fitness trainer Sam Asghari this week in a lavish ceremony at her LA home.

The wedding has made headlines after being crashed by Spears’ ex-husband of 55 hours, Jason Alexander. Spears had married Alexander in a quickie 2004 Las Vegas ceremony before the marriage was annulled.

While the Ventura County Sheriff’s Department dealt with the trespassing ex who arrived armed with a knife, Asghari could have easily assisted. The super fit trainer didn’t even skip a workout on his wedding day, as he was spotted leaving a Thousand Oaks gym hours before the wedding ceremony.

Asghari, who runs Asghari Fitness which offers personalized workouts and custom meal plans for $9 per week, has received glowing feedback from his new wife. The two met on the set of her “Slumber Party” music video in 2016.

“Grateful to have @samasghari to stay in shape with! So proud of him having a fitness program to keep people in shape while they stay home! couples that workout together stay together!” Spears posted on Instagram during the height of COVID in 2020.

“Couples that workout together stay together @britneyspears  #worktime #workout #homeworkout,” Sam Asghari posted on his personal Instagram page with a video of the couple working up a sweat together.

Before meeting the famous pop star, Asghari, a former football player, indulged in junk food and once weighed 290 pounds. “I was eating Doritos for breakfast, fast food, sugar, candy, no protein, a lot of carbs, and drinking sugary sodas,” Asghari says. “My nutrition was extremely horrible. The stress and the fear of not going anywhere [in life] combined gave me my depression,” Asghari told Men’s Health in 2018.

He decided to make a lifestyle change and lost 100 pounds in six months after overhauling his diet and workout routine. Sam Asghari saw the benefits of trading Doritos for vegetables – he quickly became a model, actor, personal trainer, and now Britney Spears’ husband.