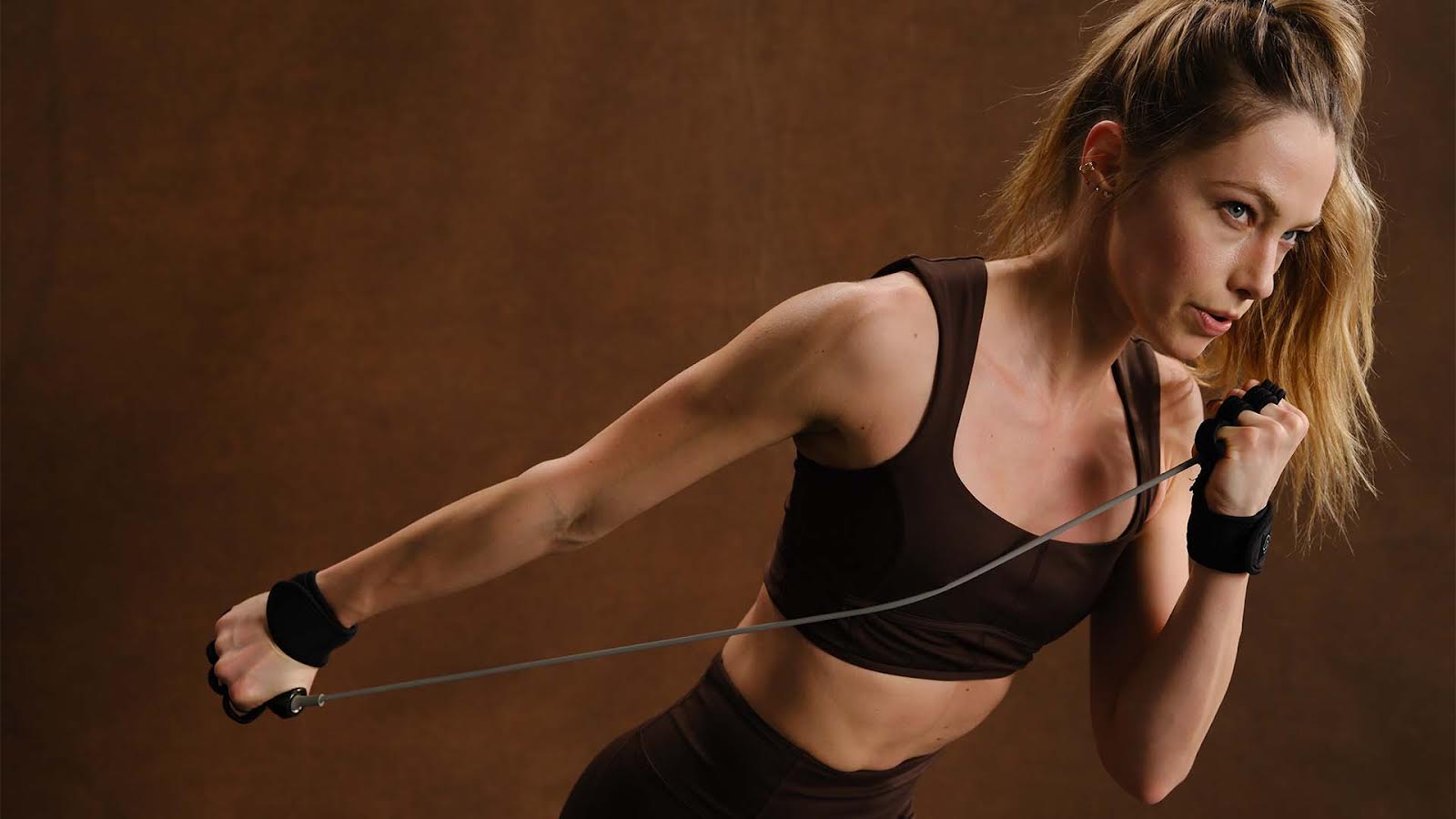 Just as spring ushers in sunny days and budding flowers, P.volve has announced a brand evolution – and is on a mission to open 250 brick-and-mortar company locations by 2025.

P.volve, which launched four years ago and has been dubbed a “revolutionary fitness brand” by  Vanity Fair, has a long-term goal of assisting 30 million women in feeling their best by 2030.

The celeb-loved multi-million dollar functional fitness brand has fans like Vanessa Hudgens, Kate Bosworth, and Bethenny Frankel. P.volve says the company will educate and provide access to its functional fitness method for women around the globe.

Rachel Katzman, co-founder of P.volve, says the company reband includes the introduction of a new category of fitness called Movement Therapy, an expert Clinical Advisory Board, the launch of an ingestible recovery solution, and a ‘Prescribing P.volve’ pilot program.

P.volve says it aims to be the first fitness-meets-healthcare company

P.volve is emphasizing clinical study participation and working to make its program more accessible. “We are putting a huge emphasis on continuing to participate in clinical studies  – of which we are currently in with the University of Minnesota and University of Exeter, expand our Clinical Advisory Board, and partner with leaders in women’s health (such as Ovia Health, Spring Fertility, Medicare to name a few) to make movement accessible to those who truly need it most,” she explains.

The rebrand also includes the launch of a Clinical Advisory Board that consists of medical doctors and experts to help assist in P.volve’s programs.

A Member Advisory Board has also been unveiled and consists of everyday members who will have a voice during monthly staff meetings and weekly calls with the founder and president of P.volve. The company says the Member Advisory board will fulfill its ‘be the customer’ motto.

Katzman says that people have begun to look at movement in a different way and that there has been a shift in fitness needs. “They’re either starting to move for the first time, or starting to understand that the years of breaking down their bodies through rigorous, vanity-driven workout methods have taken a toll on their body. There is a large shift in people wanting to look at their health holistically and move their body in a sustainable way that is going to both strengthen and nourish it,” she says.

Another initiative, Prescribing P.volve, is being led by Dr. Amy Hoover. The pilot program is meant to incorporate the P.volve method into the care of physical therapy patients.

With the brand evolution, P.volve has established Movement Therapy, a new fitness category. The method is meant to build on the power of function movement and was co-created with the Expert Clinical Advisory Board.

Movement Therapy is meant to help those with body sensitivities, injuries, back pain, knee pain and has a focus on women’s health. P.volve says Movement Therapy targets all of the ways you can move and results in strength, stability, mobility and balance, and pain relief.

“Over the last five years, our members have looked to us to sculpt their bodies, balance their hormones and mitigate menstrual cycle symptoms, help manage their back, knee, hip pain and more. As people look to this kind of movement, for P.volve specifically, we see the future taking on a healthcare-meets-fitness approach,” Katzman says.

Along with opening brick-and-mortar locations and the push into healthcare, the brand evolution for P.volve includes the introduction of Recover 9, a new supplement line.

Along with its new Recover 9 supplement, P.volve also has a proprietary line of three patented products that include p.ball, p.band and p.3 trainer.

The influence of the pandemic on health & fitness

“When there’s so much chaos in the world and things we can’t control, movement and the way we treat our bodies is something we can – and should – control,” Katzman says

The pandemic has been brutal to the fitness industry but it’s also had an impact on how people view health and wellness. Katzman says that the pandemic forced people to shift their thinking.

“Many people have historically taken their health and bodies for granted, and the pandemic forced a lot of us to understand and honor our bodies – learn what we actually enjoyed doing, what benefited us, and what felt good in our bodies. Many people began to prioritize movement to support both their bodies and mind, and low impact workouts became something that people began to crave and see the benefit from. Whereas people who have experienced pain and sensitivities may have taken short cuts in the past, they discovered that movement can be part of their solution to feel good in their bodies,” Katzman shares.

The P.volve co-founder says that members were looking for a more well-rounded approach and prioritized different types of classes like sculpt, cardio, recovery and meditation, alongside classes of varied time frames.

“There was a shift in pressuring yourself to move for that hour everyday, and prioritize small, daily movements, whether that be a ten minute stretch, a walk, or that 45-minute sculpting session. When there’s so much chaos in the world and things we can’t control, movement and the way we treat our bodies is something we can – and should – control,” she says.

“With this multidisciplinary, omnichannel approach to women’s health, we feel we can holistically serve women all over the world and help them feel their best in their bodies and live their best lives,” Katzman says.

A previous version of this article stated the p.3 trainer is patent-pending, while the product is patented. The correction has been made and the error is regretted. Also, Katzman’s quote where she mentions P.volve’s potential partnership with leaders in women’s health now doesn’t have Elektra Health mentioned in the example of potential partners.